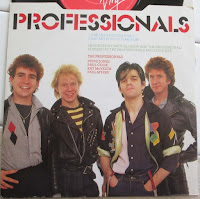 136.
THE PROFESSIONALS
"Join The Professionals"
1981
It's crazy how brilliant the initial post-Sex Pistols output truly is. From PIL's "Public Image" to Glen Matlock's Rich Kids' "Ghost Of Princes In Towers" to this monster call-to-arms from Steve Jones and Paul Cook, it wasn't a bad thing they broke up. In truth, there's probably more goodies created in the wake than there would have been had they stuck it out. 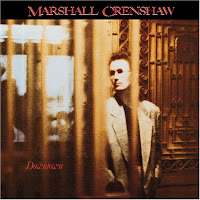 135.
MARSHALL CRENSHAW
"The Distance Between"
1985
Chosing what Crenshaw tunes make the cut ain't easy. He's got at least 10 that are worthy of entry here. So it's a matter of impact and sheer brilliance.
This one comes at a point that's transitional in his career. Gone is the 3-piece band backed by his brother on drums. In is something more locked in with the times and Marshall's aesthetic. T-Bone Burnett was definitely a better fit than Steve Lillywhite and the artwork for the LP (Downtown) was sharp. What was still in place was Marshall's muse and keen melodic sense.  And a gem for the ages such as this. 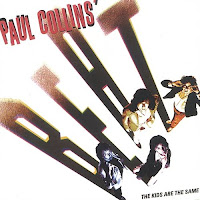 134.
PAUL COLLINS' BEAT
"That's What Life Is All About"
1982
Paul, along with Jack Lee and Peter Case, were The Nerves. They didn't last beyond a lone 4-song EP and a shambolic DIY tour of the USA. Peter went on to form the Plimsouls and Jack made a boatload writing hit songs for Blondie and Paul Young. Paul formed The Beat, but had to alter the name to avoid confusion (and lawsuits) from Dave Wakeling's (English) Beat.
Paul landed a major label deal in the wake of The Knack's success and debuted with an LP cut from the same cloth but was fiercer, deeper, and less reliant on cheap misogony. His 1982 follow-up, The Kids Are The Same, was one of the few LPs of the era to stand toe-to-toe with its predecessor. (Power pop bands rarely had such strong shelf life; energy was hard to sustain.)
Tough truth about 1982 was that power pop did not make inroads with the advent of MTV, despite getting airplay. (Note: Paul's most atypical track, the slower paced rocker, "On The Highway" did get him some decent MTV exposure.)
This tune opens things up with what should be remembered as the greatest Buddy Holly rip of the '80s. A true extension of Buddy's vision kicking it a little harder for the modern world. 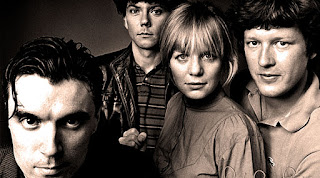 133.
TALKING HEADS
"Once In A Lifetime"
1980
In many ways they're too easy to take for granted. And it's a given that they've got (and earned) the respect. It took me a longer time than usual to appreciate their genius.
This tune, however, was always immediate and brilliant. A big unique exclamation point that said, "we are in a new decade," musically speaking. 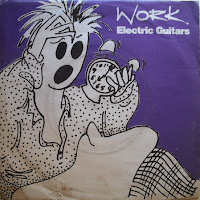 132.
ELECTRIC GUITARS
"Work"
1981
It's still hard to discern what influenced a record like this. It is post-punk funk in step with the 1981-1982 UK pop milieu. It's total kitchen sink. And it's pure trend.
Like, if you played this song to the band when they were kids and said, "THIS is what you will be doing in 10 years time," they would have probably flogged you silly. Even with music as prescient as Brian Eno, Roxy Music and David Bowie in the mid '70s, you would still have trouble drawing any path towards this concoction.
There's a whiff of David Byrne and Devo's herky-jerkyness, but beyond that, it feels like they grabbed the rest from the clouds. 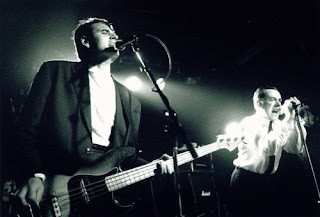 131.
THE GODFATHERS
"This Damn Nation"
1986
Proof that there was great modern punk-influenced hard rock with teeth in the mid-'80s. Of course, it didn't really catch on beyond anglophiles and the college radio circles. Which is tragic. They were far less problematic than The Cult; they cut to the chase and were as authoritative as their name implied.
This tune is an unflinching masterpiece; jetting with a coarse and searing apocalyptic slice of riffage and closing with an ominous count down. 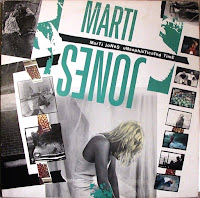 130.
MARTI JONES
"If I Could Walk Away"
1985
Marti was a misplaced soul in the mid 1980s. Looking very much like any normal suburban house wife, it came as a surprise that her solo debut (Unsophisticated Time) was loaded with hip covers from the likes of The Bongos, The dBs and Elvis Costello. The obvious influence was her cohort and producer, Don Dixon, who opened her up to the world of indie pop. Besides great cover choices, there were other unknown gems. And appropriately enough, this one was penned by Dixon. It's a heartbreaker to end all heartbreakers with Jones' powerful performance; taking cues from Dusty Springfield, but creating her own world. Too bad, 1985 wasn't the right place for such timeless classic pop. 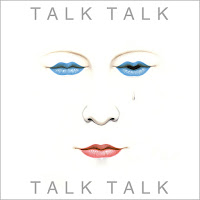 129.
TALK TALK
"Talk Talk"
1982
They would get better with age. Great artistic vision and a much better sense of evolving while so many other contemporaries lost the thread by the second half of the decade.
In some ways they don't fit in; not nearly as top 40-MTV-minded as Duran Duran and definitely cooler than Classix Nouveaux. 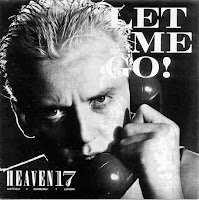 128. HEAVEN 17
"Let Me Go"
1982
Oddly enough, this synth pop gem about fleeting love and the woe of a broken heart didn't crash the charts as impressive as singles from Human League, OMD and Soft Cell. It wasn't until the following year that they'd hit the UK top 10 with "Temptation." As it stands, "Let Me Go" towers like the magical 7" everyone dreamt came each week after scouring NME and Smash Hits for the next buzz. Sure there were others, but fondness for this tune remained eternal. We couldn't let it go. 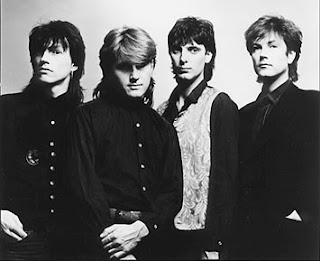 127.
THE CHURCH
"For A Moment We're Strangers"
1981
Nowadays people seem to forget that these guys were brilliant from the get-go. And despite a thicker new wave vibe to their early sound, it was still very much a unique blend of post-punk era psychedelic-tinged rock. Steve Kilbey emerged as the intriguing frontman with wonderfully oblique lyrics and a cool a sense of classic glam-era powers like Steve Harley, David Bowie and Bryan Ferry.
This tune opens the door wide with almost too much cool for its own good. After so much snarl over the past four years, this approach probably smacked many as retro. Luckily, there were other kindred spirits afloat like The Chameleons, Love & Rockets, Psychedelic Furs, and Robyn Hitchcock who helped build an alternate universe to the powers at hand (hair metal, chintzy new wave) and the fading impact of our aforementioned early '70s heroes.
Posted by Pat Pierson at 11:14 PM