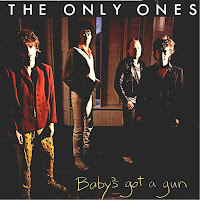 147.
THE ONLY ONES
"Oh Lucinda (Love Becomes A Habit)"
1980
If you search Youtube and check the history, you'll probably notice that they just don't fit in with the punk and New Wave class. About as exiled as The Stranglers, but of equal value despite a short life-span, they belong right up there with the best. This tune is proof that they were above most of the class where few were capable of creating something so cool (like Lou Reed) and sublime whilst keeping a deep British vibe intact. 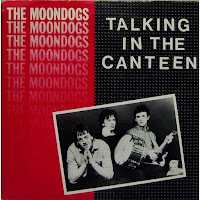 146.
THE MOONDOGS
"Talking In The Canteen"
1981
Upon reflection there were a lot more great punk/mod power pop singles after 1980 than most people realize. And in some cases, like these guys, it's where they peaked. It all seems rather simple, but god knows if you're willing to claw your way through the piles and piles and piles of lone 7" releases made by all the upstarts, those who got lucky, and the truly gifted; you'll figure out at some delirious point that such magic as this A side, just ain't a bunch of yobs cutting cookies. Well, it may be a bunch of yobs, but they earned their keep by this release in 1981 shortly after most trains left for post punk pastures or the day job. And it's only a tale about sitting in the canteen and eying birds. All solid back and forth until the end where they unleash the bridled tension. 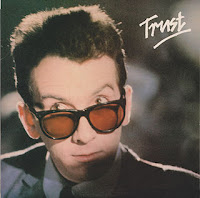 145.
ELVIS COSTELLO
"Clubland"
1981
By Trust Elvis dug himself in. This is the classiest of showings. Iconic with a sense of progression before "The '80s" really took hold. 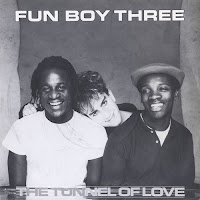 144.
FUN BOY 3
"The Tunnel Of Love"
1983
After The Specials, Terry Hall formed Fun Boy 3. Despite all the glory etc. that is heaped on The Specials (deserving, yes, but it's hardly Terry's defining moment) it would be his later projects and solo efforts that showed how gifted an artiste he was. "Tunnel Of Love" is a genius slice of soap opera song craft debunking trendier sonics for some futuristic classicism melding Beatles/Zombies orch pop with a stiff post-punk upper lip. 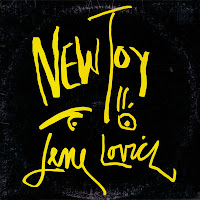 143.
LENE LOVICH
"NewToy"
1982
It IS New Wave... and in a good way. This is where the whole deal peaks. A Thomas Dolby-penned tune and just the right amount of punch and je ne sais quoi... All before MTV comes in and ruins it for everyone. 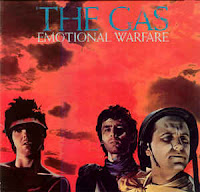 142.
THE GAS
"Devastated"
1981
Definitely a band too late to the party, but damn if that shit don't matter once you hear it. Fuck The Jam. Fuck The Damned. By late 1981 those guys couldn't be bothered with such uncluttered blasts of punk urgency such as this. Of course, for them it was water under the bridge, but if you still wanted to kick it hard and fast with a hook for the ages, it was out on the margins for such diehards as these guys (who, truth be told, probably thought this was where things were still heading despite the "leaders" going elsewhere). 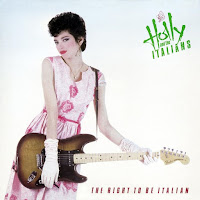 141.
HOLLY & THE ITALIANS
"I Wanna Go Home"
1981
I can say that Holly's lack of success and critical acclaim is a crime against humanity, but it still won't change things and everyone will still go on listening to Joan Jett records ad infinitum. It's the way of the world. If you care to dig deeper into the well and find better cooler more refined original female punk-inspired pop, this is it. She really is Joey Ramone's lost soul sister. 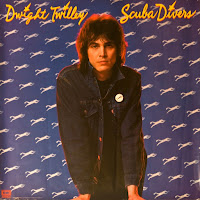 140.
DWIGHT TWILLEY
"Touchin' The Wind"
1982
The transition from the '70s into the '80s wasn't an easy one. Before the forces of selling out got too overwhelming there were last gasps of pure genius like this tune from the highly under rated Scuba Divers LP which went through a zillion incarnations to become the final product.

139.
INDIVIDUALS
"Our World"
1982
This is the energized sound of the new post-NYC punk drifting over to Hoboken where bands like The Bongos, The Feelies and The dB's would be part of a new underground scene that set the course for R.E.M.
Glen Morrow was the brains behind The Individuals and would find more lucrative rewards with his own record label, Bar/None, years later. For those early daze of the 1980s, however, the gold was in music and "Our World" captures it.
Perfection, indeed. 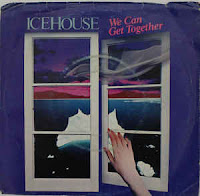 138.
ICEHOUSE
"We Can Get Together"
1980
There's quite a few bands in the '80s whose initial bursts truly overshadow the rest. Or, in the case of Icehouse (depending on your tastes), the burst is just a fluke pop-single moment made for the ages. Kind of a crazy thought for a band who placed 28 songs onto the Australian charts from 1980 to 2004. 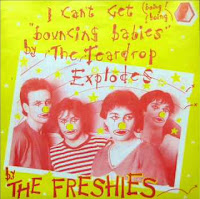 137.
THE FRESHIES
"I Can't Get 'Bouncing Babies' By The Teardrop Explodes"
1981
This song, along with its b-side ("Tell Her I'm Ill") is one of the greatest 45s ever released. Coming from a band who only released 45s, it is a touching sentiment.