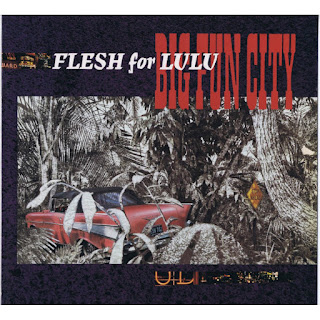 "Cat Burglar"
1985
Flesh For Lulu deserve a lot better than being that band who had a hit via John Hughes ("I Go Crazy").  They also made a small memorable dent with "Postcards From Paradise." Those singles came after the initial years of struggle: an uneven debut and the mostly neglected nearly-classic sophomore LP (Big Fun City).

Singer Nick Marsh was a lot less preposterous sounding than his goth-glam looks hinted at.  Underneath, was an ace pop singer with an ear to punk's most endearing qualities (dynamics, hooks, and speed). All in all, they bear a much stronger kinship to bands like The Hoodoo Gurus and The Replacements than Bauhaus or Gene Loves Jezebel.  "Cat Burglar" is T. Rex revamped for the next generation. 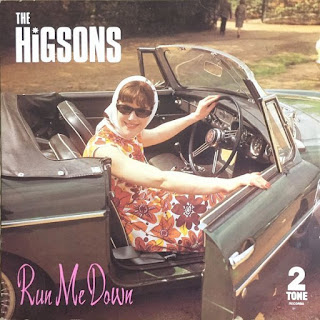 1983
Some bands you really don't need to know the history to enjoy.  The Higsons are a perfect example of that.  Not that they don't deserve more than a passing glance and acknowledgment of significance with the post-punk world where so many lived and died by the 7" single.
But live and die they did. Amongst an eclectic array of singles circa 1981-1984 and a lone LP, the band was a classic style crasher in the best post-punk sense.  "Run Me Down" falls right into place with bands like APB, Gang Of Four, Medium Medium etc.  A genius moment of post-punk funk if there ever was one.  And not a bad imitation of Kevin Rowland in spots. 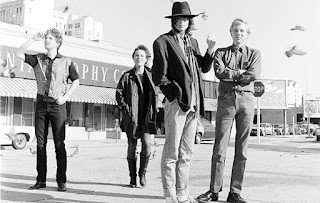 124.
DREAM SYNDICATE
"Tell Me When It's Over"
1982
With major cues from Lou Reed, The Dream Syndicate offered a mix of San Francisco acid and CBGB (re: Television) style to the nascent Paisley Underground movement.  Fewer things were cooler in 1982 than a smart untrendy rock band bucking every fad possible but still being gorgeously of the moment.  It's still an unexplainable phenomena to witness a band pull this off.
Losing any odor of retro-minded nostalgia with music so deeply connected to the past is a rare feat only the most gifted artists achieve.  Luckily, Steve Wynn found like-minded spirits to bring it to fruition.  "Tell Me When It's Over" is that great cool classic rock song of 1982.  Just don't tell anyone it's from 1982 or that it's "classic rock." 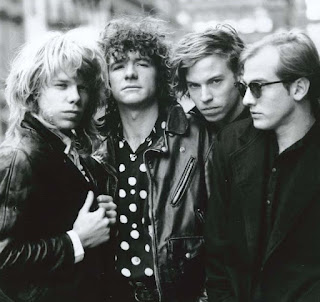 "Don't Run Wild"
1985
As I've been compiling this list going back and forth and omitting personal faves versus obvious standout choices, I am happy to rediscover and HEAR some things I know deserve inclusion.  Now, in retrospect, a song like this really stands out.  It definitely fits right in with the whole cow-punk and neo-Garage movement.  As much as the band touts their Boston heritage, I hear Los Angeles and some distant Mexicali dirt underneath. A seductively cool track.  And drums that sound the way '80s drums should sound.  Most likely inspired by T-Bone Burnett. 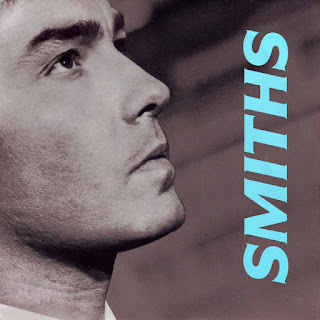 122.
THE SMITHS
"Panic"
1986
Side one of Louder Than Bombs clearly showed that Johnny Marr and Morrissey were at the height of their creative powers. With natch pop wonders such as this and "Sheila Take A Bow," it's a shame Marr would hang it up before the end of 1987.
"Panic," despite sounding very "normal" as far as The Smiths were concerned, was still seemingly out of left field.  Such things were the wonders of rediscovering pop that had a sharp melodic sense more akin to the late '60s.  Amongst the dross of 1986, this was a revelation. 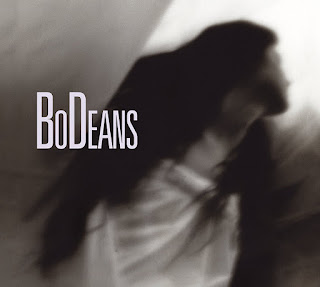 "Fadeaway"
1986
Kurt Neumann and Sam Llanas had very pure hearts for such a difficult decade. And nothing tops this hypnotic blend of pop that takes cues from cow punks like Rank & File and Southern alt pop like Guadalcanal Diary. It's a highly deserving classic track that highlights the genius of producer T-Bone Burnett who should've ousted Jeff Lynne as producer du jour for the late '80s. 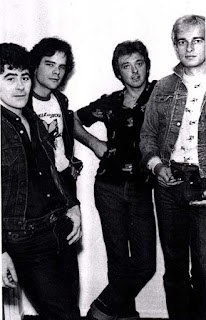 120.
BADFINGER
"Because I Love You"
1981
It took a while for Tom Evans and Joey Molland to regroup after the death of Pete Ham, whose voice was the lead on most of their hits.  But Badfinger was really a group effort and Tom and Joey balanced out Pete's melancholy with more country and blues-based tunes.
1979's Airwaves and 1981's Say No More (which features this gem) were basically two isolated "last stabs" at restarting the band.  Both releases saw minimal results and by 1983 all attempts to continue were gone after the death of Tom Evans.
Nevertheless, "Because I Love You" holds up amongst the band's classic catalog and deserves inclusion with their classic hits. It's also proof that Joey Molland had the goods to pull off top-shelf power pop when needed. 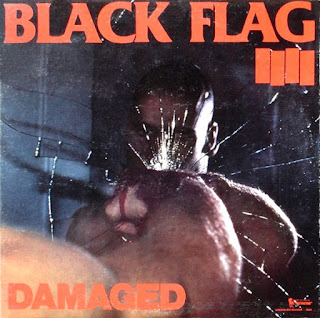 BLACK FLAG
"Rise Above"
1981
The mix of low grade artwork and odd raw fidelity created some other-world sense when one discovered Damaged.  This searing little thrasher of an opener is hard to top. And for the sake of hardcore punk, it feels like it starts and ends here.  Tragically, it was tough to expand, although Fugazi figured it out by the end of the decade (re: "Margin Walker" and "Waiting Room"). 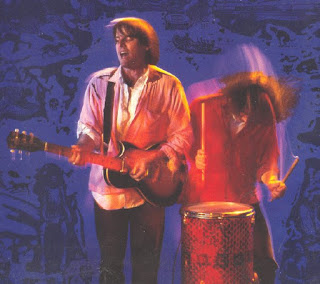 118.
HOUSE OF FREAKS
"40 Years"
1987
Long before the White Stripes and Black Keys, Bryan Harvey and Johnny Hott were alternative music's premiere duo.  Mixing rootsy Americana music that was akin to earlier cow-punk bands with Harvey's rich (sometimes Lennonesque) voice, the band created a sound that was sharp and deeply lyrical (southern roots, indeed).
"40 Years" should've been the tune that opened the gates for them.  Instead, they struggled like many smart guitar-based bands in the late '80s and faded away by the mid '90s.
After singer Bryan Harvey's death in 2006, singer Grant-Lee Phillips (as the "town troubadour")  paid tribute to Harvey's legacy by performing "40 Years" on TV's Gilmore Girls. 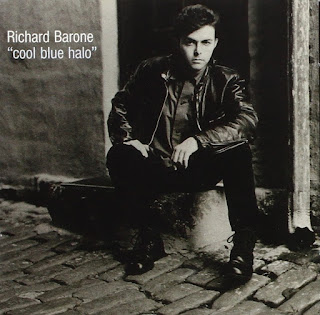 RICHARD BARONE
"Love Is A Wind That Screams"
1987
After a scrapped 3rd LP from The Bongos, Richard Barone rebounded as a solo artist in classic bohemian form.  Not too many artists sought this path: a semi-unplugged alt-folk quartet. Years later it would be tagged as "orch-pop."
Taking cues from the more acoustic-based White Album tracks and Marc Bolan's Tyrannosaurus Rex--Lennon's "Cry Baby Cry" and Marc Bolan's "The Visit" are covered on the same LP--Barone enlisted Jane Scarpantoni (cello), Nick Celeste (acoustic guitar and backing vocals) and Valerie Naranjo (percussion) to flesh out a unique spin on the concept that was blissfully out-of-step with most of 1987's musical trends.
The end result was a musical revelation for Barone whose solo debut, Cool Blue Halo, was a live recording at NYC's Bottom Line.
Besides the aforementioned cover versions, Barone recast several Bongos songs and two tracks from his 1983 side project, Nuts And Bolts. To keep in step with such high company, Barone included three new originals ("I Belong To Me," "Tangled In Your Web" and "Love Is A Wind That Screams").  All three are worthy of inclusion on this list, but the most haunting and timeless cut was "Love Is A Wind That Screams."  On the 25th anniversary edition of "Cool Blue Halo," The Band's Garth Hudson, replete with accordion, joined the reunited quartet for a riveting rendition of the song.
Posted by Pat Pierson at 10:47 PM No comments: