Color Me Distressed + The Philadelphia Story 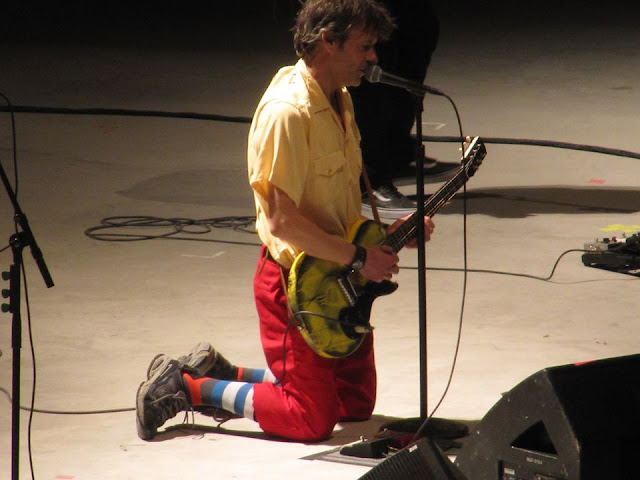 
I didn't know where to start with this because of several emerging topical things; some a byproduct of lame pop culture myopia and ME just not wanting this to be a live review, because that's not anything special these days considering you can watch almost any Replacements concert on that Youtube thing.

Everyone (including me) is going on about the band breaking up again, while Bill Holdship is saying (I'm paraphrasing and taking artistic liberties here), "Wait a fucking minute, no one's said anything yet, officially, so just hold your fucking tech-toed tweety brain impulses for one moment and just let it be."

Yes the t-shirt code has been deciphered and it sure seems like Paul's big unsatisfied heart probably feels about as satisfied as it can be.  These were some triumphant concerts.  But it ain't over yet, Yogi.  So....  I don't know... 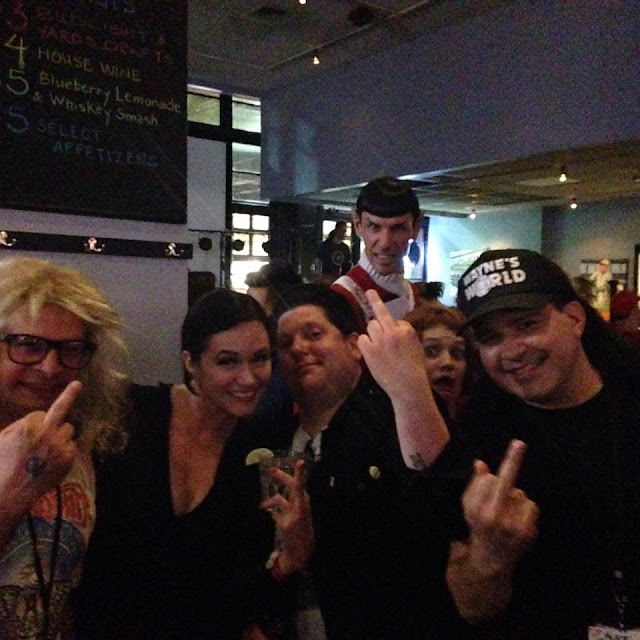 There’s probably a more vivid, albeit semi-surrealistic, story to be told here about Leonard Nimoy sightings, bad coffee choices, and the pros and cons of re-recorded albums for Spotify, but that would all take way from the basic storyline, which, seriously is, the fucking Replacements.

And now--really now—it has unfolded in the best ways possible.  All of this seemed all too very possible/palpable upon those first live clips of the reunited Replacements posted back in 2013.  But really, it still seemed like it had just as much chance of disappearing as it had appearing in the first place.  Unpredictable sods they be: "Should we give it up?  I don't know..." 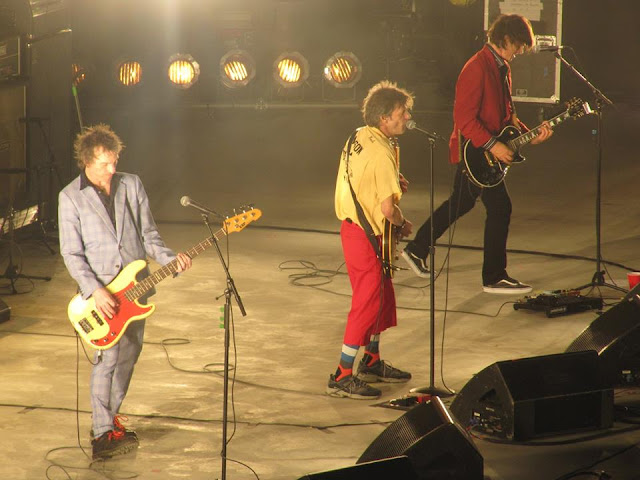 My gut usually doesn’t lead me too far off mark. To bet on Westerberg and the possibility of the whole thing going legit at that point, was still just way too iffy to give good odds to, even if the sheer musical volatility and leap seemed RIGHT on the money and seemingly better than that and more more more.  It was inspired, fierce, unrelenting for some good stretches (at least those intro salvos) and totally in the spirit the band had (at their best) always been.  Thankfully, my gut was right.

The viral nature of things now does put this whole return to the stage in a sometimes romantic light despite an obnoxious grasp for the immediate moment. And, I’d be lying to you if I said I wasn’t there waiting to see every clip as soon as they got posted to youtube on those days following the first shows.  And, for the most part, they didn’t lie.  So, within a few shows, it was obvious that if they made it close to NYC I was going. I was pissed I missed Toronto’s Riot Fest gig.

Luckily, a year later (almost to the day) they booked an NYC gig at Forest Hills Stadium in Queens, NY, which I attended. THAT was the defining moment for me and a crowning high of rock and roll.  Unsurpassable due to context; saying hello to Michael Hill (the A&R guy responsible for them signing to Sire) upon walking in got me misty because THIS was the payback, FINALLY.  We all knew and felt this intense redemption.  And the performance matched and surpassed all expectations. 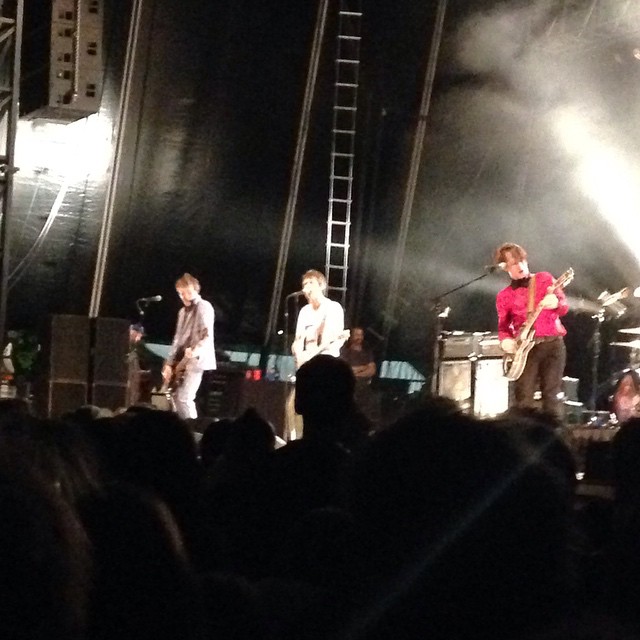 THE DREADED LIVE REVIEW
So…   Checking back eight months later with what was fittingly labeled the "Back By Unpopular Demand" Tour, The Replacments came east for a string of shows.  Lucky for me, my dear friend, Hambone (aka John McGuire, The King Of Rock & Roll, pictured above center w bird flying & Spock photobombing) had taken my advice to buy tickets next time they were within striking distance and invited me for the ride. The gig was in Philadelphia at Festival Pier at Penn's Landing.

Once again The Replacements rose to the occasion and tore the joint up.   Openers, Superchunk, set the pace with an intense rip roaring set of career spanning gems that felt totally apropos.  Blessed beings of the generation who grew up on the Replacements and took the aesthetic into the 1990s and became creators of a new indie mindset that’s led to this modern era of DIY, they made it feel like home.

The Replacements took the stage amongst the clamor of their chosen opening music by The Trashmen, “Surfin’ Bird" and off they went into breakneck openers “Takin’ A Ride,” “Favorite Thing,” “I Don’t Know” and “Tommy Gets His Tonsils Out.”

Hardly relenting, they went obscure for the outtake “Kissing In Action” and back to into fever pitch with “I’m In Trouble.”

And then they got all Replacements on us….

They did half of “Election Day,” and then attempted and nailed a spirited shout out request for “Little Mascara” which led to a healthy chunk of tunes including “Hold My Life,” Valentine” and the standout gem of All Shook Down, “Nobody.”

When another request was overheard by Paul and Tommy they attempted to play it with the song they were set to do.  In a reckless, albeit bumpy punk rock style, they played “Androgynous” and “Seen Your Video” at the same time for about a minute until it was a mess and then launched into “Seen Your Video.”

The remainder of the set followed true to their whims with a mix of hits (“I Will Dare,” “Can’t Hardly Wait” and “Bastards Of Young”) and doses of fun like “Wake Up,” a slightly slower paced version of Sham 69’s “Borstal Breakout” and a bit of “My Boy Lollipop” out of the ending cacophony of “Bastards Of Young.”

Encores were to the point: 1st set “Left Of The Dial” and “Alex Chilton.” 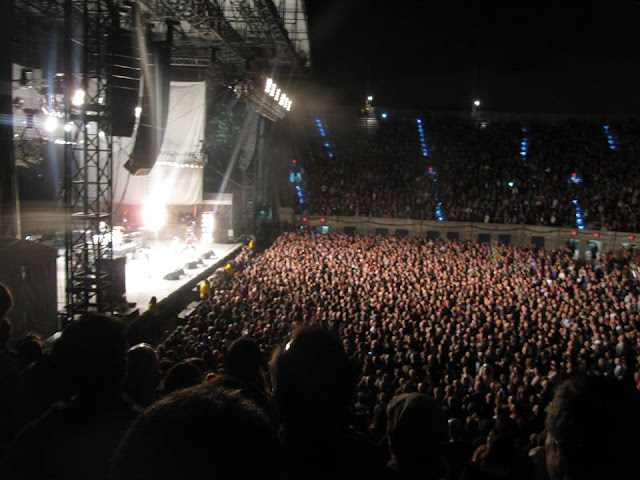