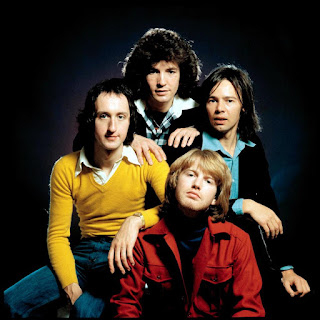 For those of us growing up in the USA in the 1970s, Pilot's hyper-pop smash, "Magic," slammed smack dab in the center of the decade.  It definitely was a cool blast of energized pop in the summer of 1975. Beyond that, I never caught wind of the band's other work, until--like most lovable pop geeks--I went searching for their albums in used record shops in the 1980s.

Pilot created smart wistful pop that connected to the McCartney fan in all of us, but had this sense of style all their own.  It was slick, but not in a crass tacky late '70s kinda way. This was something more in line with those respectable UK studio pop/rock bands like 10cc and Stackridge and far less disposable than where they started out; struggling with the nascent Bay City Rollers.

All four of their studio LPs (From the Album of the Same Name [aka Pilot], Second Flight [aka January], Morin Heights, Two's a Crowd) are very close to equal standing.  Each containing at least one bonafide classic "Pilot" pop single whilst the rest of the material expanded on their musical chops.  It wasn't by chance that these guys ended up with Alan Parsons behind the board as producer. The band dabbled slightly in prog (mostly as a default due to their technical skills and the surrounding success of current UK bands like Genesis and Supertramp). But their hearts were firmly rooted in Beatlesque pop. 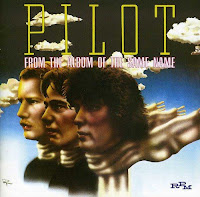 From the Album of the Same Name [aka Pilot]
EMI 1974
Easily the best starting point and their strongest LP. Includes the ace singles "Magic" and "Just A Smile." The standout album cuts ("Lucky For Some" and "Lovely Lady Smile") prove they ain't no singles band. Both "Sky Blue" and "Over The Moon" go toe-to-toe with McCartney's best from that era.
Guitarist Ian Bairnson is not listed as band member yet, but appears on some tracks. 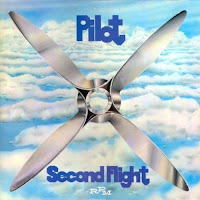 Second Flight [aka January]
EMI 1975
Second Flight isn't a sophomore slump, but it doesn't quite hit as deep as the debut.  It still has two killer singles ("January" and "Call Me Round") and some key albums cuts like "Do Me Good" and "Dear Artist." And Ian Bairnson is now a full-fledged member.  It would be their last LP with Billy Lyall. 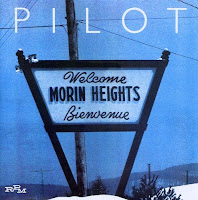 This album was a departure for Pilot.  Instead of working with Alan Parsons, they opted to record with Roy Thomas Baker as producer.  They also decided to go to Canada (Morin Heights, specifically) to cut LP #3.  And in the dead of winter.  That maybe part of the reason why they decided to print "No Handclaps" on their LP credits.
Another key player in the making of this album was engineer Ed Stasium (who also took the LP cover pic). Shortly after working on this LP, Ed would begin his legendary tenure with the Ramones.
With all that said, there's still the trademark Pilot pop tunes afloat. Oddly, they chose not to release the most natural pop-worthy track, "Lies And  Lies" as a single.  That choice was given to "Penny In My Pocket." This album saw a progression with cooler introspective rock tracks like, "Running Water," "Steps," "First After Me" and the brilliant "Too Many Hopes." 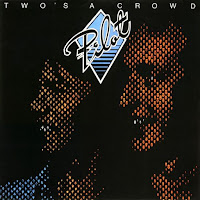 Pilot's fourth album was a major turning point. The "band" was now down to Ian Bairnson and David Paton (Stuart Tosh exited to join 10cc). Ian and David were now working more with Alan Parsons doing session work for Kate Bush (it's Ian's classic guitar work appears on the classic "Wuthering Heights") and becoming more integral to the Alan Parsons Project. Between January and June of 1977 they cut Two's A Crowd.
The album includes their greatest single, "Get Up And Go" which is pretty much THE quintessential 70s AM radio pop classic. Sadly, it didn't become a hit, which is why the LP never got released stateside. After the single failed to chart, Clive Davis decided to only release the album in the UK.
The album has a little more Alan Parsons Project flavor on a couple of tracks, but where it shines most are the ballads. Tracks like "Library Door," "One Good Reason Why," "Monday Tuesday" and "The Other Side" are deep classics that make this album as stunning as their debut.
Posted by Pat Pierson at 12:05 AM