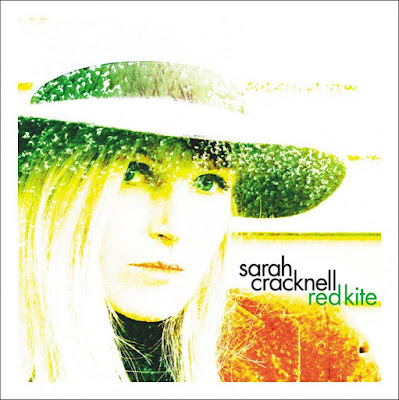 Post-1990 pop life definitely saw a VERY different career/artistic arc for many a band than the previous 25 years.  Saint Etienne broke through as the record collectors' dream dance pop band whose path of corruption was to mix the coolest elements of 1970s disco (re: Andrea True Connection's "More More More") with mid 60s swinging London female pop (re: "Am I The Same Girl").  With chart entries that saw mixed results, their career achieved at least one major significant thing which was the instillation of a cool hip romantic pop aesthetic. They also covered Bo Donaldson & The Heywoods, cheeky bastards.

Hipper still was the serendipitous meeting of singer Sarah Cracknell with Saint Etienne founders, Bob Stanley and Pete Wiggs,  whose initial game plan was to have a revolving door of female singers.  Once they landed Sarah (shortly into the making of their first LP), they knew it was too perfect to keep the door swinging.

Being the cool female voice and image of Saint Etienne is something unquantifiable. It's a big deal for Brit Pop diehards who saw them as quality standard bearers.  And rightfully so; Saint Etienne made fucking great records. So, when Sarah stepped out on her own for a one-off solo adventure in the late '90s, there was some division amongst diehards (snobs, actually).

1997's Lipslide  should've put most cynics' qualms to rest. Diversion came from the camps who thought it was too DOR and slick; a crazy claim considering Saint Etienne often dipped their toes into such waters.  Overall, it was a head-to-toe winner steeped in Europop classicism; a truly inspired show.  "Coastal Town" should've been a massive worldwide dance floor smash; alas, some things met resistance.

I'm not sure why it took Sarah almost 18 years to  decide to venture back out on her own, but whatever the reason, it's a welcomed return.  And it's not like this 18-year gap has seen any change in pop scenery the way 1966 did with 1982, but nevertheless, age may have factored in just a smidge. 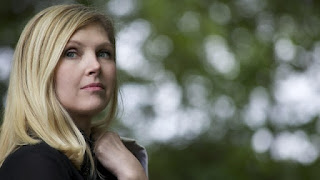 On this outing, there's nary a whiff (or sight) of DOR techno gloss, despite the fact that such things are still in vogue.   Seems this time Sarah is digging deeper into reflection with haunting and pensive moods. And for fans of classic retro-futuristic pop, there's still a sense of some 1966-1968 London aesthetic afloat, but it's never overt or crass.  This feels truly of its time.  2015, kids.

There's glimmers of vintage Bond (on the LP's lone "rock" number "I Am Not Your Enemy") and other brooding '60s cinema a la LeGrand and Bacharach on "I Close My Eyes" and "Underneath The Stars," and the disc's opening track, "On The Swings."  But these are cast anew as brilliant pieces of majestic modern pop.

Upon initial spins, the album was slow to unfold despite some standout tracks (those aforementioned ones). As reserved and modest as the whole seems, its character inevitably appears as each track sinks in with due time.  Manic Street Preacher's Nicky Wire joins in on the seemingly slight "Nothing Left To Talk About" that drifts about on some summer breeze as if they dreamt they were Lee Hazelwood and Nancy Sinatara doing a Lilac Time cover. What follows is another track ("In The Dark") that REALLY sounds like a lost Lilac Time tune.  I'm guessing Sarah must've lost Stephen Duffy's contact info.

Deep tracks that prove to be the glue come near the end with "The Mutineer" and the closing track. The gorgeous "Favourite Chair" is set with stark keys and strings and that secret of all secret weapons, Sarah Cracknell's soft, yet, lithe voice that is (as always) the perfect instrument that launches every boy to dream and dream and dream about her.