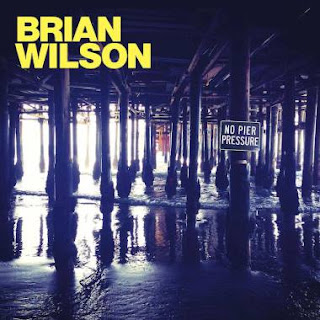 There's an old adage that states, "if you can't say something nice, don't say nothin' at all."

Of course, that's never applied to rock criticism.  And it is interesting to compare the rock critic reviews with the fan reviews.  Overall, from a critical perspective No Pier Pressure has been slammed pretty hard with not enough focus on the high points which outweigh the low points approximately 3 to 1.

With Brian at age 73, there should be, deservedly, a lot of slack given.  But for all of the fans, including myself, there is still the expectation that whatever the release is, there's HOPE that the essence of the man and his true musical core appears.  How it gets to fruition has been a major issue ever since 1977 or thereabouts.  Sadly, here, there is still some peer pressure (most likely from Joe Thomas).  And those glaring missteps undercut what should've been an unabashed success.

Flirting with anything DOR has never been a wise option for Brian Wilson.  Here, "Runaway Dancer," despite sounding relatively "normal," doesn't make sense contextually.  The "country" pop outing with Kacey Musgraves ("Guess You Had To Be There") is painfully banal, whilst the faux Brazilian collaboration with She And Him ("On The Island") falls flat. It should've been given the full-on Tiki-lounge treatment by Darian Sahanajah.  The instrumental, "Half Moon Bay" never transcends its muzak mode.

So with four bum cuts out of the way there's nine pure pop songs that range from tolerable (the duet with that guy from Fun, "Saturday Night") to decent (the Blondie Chaplin reconnection-tune, "Sail Away") to great (the three biggies with Al Jardine: "The Right Time," "Tell Me Why," "Whatever Happened" and the stunning closer, "The Last Song").

For a lot of Brain Wilson fans the album is marred by slick production that zaps some of the life out of the tunes.  I'm on the fence.  As much as I'd prefer things a little less faceless and 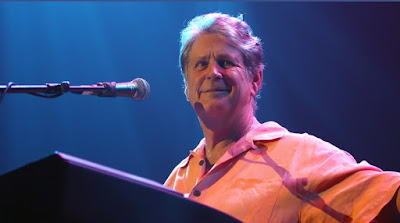 light, this is the kind of production that suits Brian's more mainstream pop tunes. And the pop sense here is something more timeless than a look back to the 1960s.  So it's suitable. Luckily, the strongest melodies transcend the production.

Considering that the Beach Boys ended strong with 2012's That's Why God Made The Radio (probably their LAST album), this bumpy, but mostly consistent solo outing seems like the appropriate bookend for Brian's solo adventure which began after the mid-80s with guys like Eugene Landy, Seymour Stein and Andy Paley in the mix.

The recent stories of all the cooks in the kitchen--looking at the LP's production credits will make one's head spin--and suitable suitors for duets sounds like something out of Robert Altman's worst nightmare.  The fact that it came to this kind of fruition may be something short of a miracle.

With god as Brian's co-pilot, there's a deep belief that the omissions of vocalists Frank Ocean and Lana Del Rey were indeed divine intervention.  On the deeply pensive and stunning closer, "The Last Song,"  there is no one else you want with Brian except the choir of angels doing the "la la la"s.  And so it is.

Off into the sunset sails our wounded, yet never defeated hero: "There's never enough time for the one's that you love." 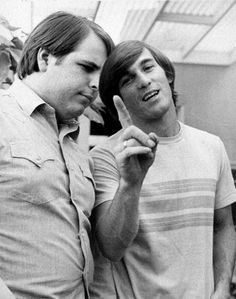